“Ok, let’s start with some scales.”

We all know we’re supposed to teach our piano students their scales, but it can quickly turn into a battle of wills. I never want to tell my students to “eat their vegetables”, so how do I make those vegetables look like candy?

It’s not just the kids that want candy either, adult students can be even more tricky to convince. Most adult students know what they want (usually just to play songs they know and like), and don’t see why they should learn piano scales. Scales conjure up images of an old-fashioned piano teacher with a cane, who only teaches classical repertoire and never listens to what the student wants to learn.

Too much talk, it’s time to show what scales can do.

When introducing a new piece, one of my first steps is to discuss the scale it’s based on (i.e. the key). Have the student play the scale, arpeggio and chords on each scale degree. Find the scale in the piece, identify scale runs, find the tonic note in the melody, and mark in what chords are used.

Give a student some time to get acquainted with a new scale by playing an accompaniment for him to improvise over. Give him ideas for using the scale such as going up in patterns of thirds, using different articulation, experimenting with different intervals from the scale to see what they sound like. By the end he will know the scale forwards, backwards, and upside down. PLUS it will have actually been a musical experience, not just a drill.

Use a new scale as a jumping off point for a new composition. Help your student to form a bass-line using a chord progression in the new key and write it out on staff paper for the left hand. Then play this new left hand part for them on repeat while they experiment with the scale to come up with a melodic motif. Show him how to use this motif to create a piece with a simple musical form such ABA. The new piece doesn’t need to be amazing; keep the atmosphere positive and encouraging. The most important thing is that he’s putting his new scale to use, and seeing first hand why it’s relevant. (If you haven’t heard it yet, Tim recently did a podcast with Daniel McFarlane on Student Composition Tactics, check it out for loads more ideas on how to get students composing!)

When all else fails, add a competitive edge! You could create a studio wide challenge, with 1 point for every scale learned at 80bpm, 2 points for 120bpm, and 3 points for 160bpm. The points could be recorded in the student’s folder, or on a wall chart. You could even set up a plastic tube for each student that you fill with tokens as they gain points. (In my own studio I use these scale level charts to track scale achievement, and award those who complete a level.)

Bringing it all together

One of these ideas on its own isn’t enough to see the big picture. To really make scales feel relevant to students, we need to use everything in our toolbox so that our students can see all the pieces of the jigsaw fitting and taking shape. Here’s an example of a lesson to show you how this could work:

Seem like a lot of work for one piece? It is! This may take a full 30 minute lesson, but it will be time extremely well spent. By the end of all that work, your student will not only know how to play the scale, but will have seen how it supplies them with freedom for creativity, and they definitely won’t come back the next week playing C naturals instead of C sharps! Try mixing up how you teach scales, I promise you won’t regret it!

When we teach scales in this way, we’re not just teaching a scale. We’re giving our students a glimpse at the maps that make up all music. A student who sees first hand what scales can do for us as musicians, is a student that’s happy to learn and practice their scales, and never again sees them as a chore to be got through.

What ways have you tried to spice up scales?

Do you use any of the ideas above? Has something different worked for you? I’d love to hear about it!

TTTV003: What does a healthy piano technique mean to me? [Panel Discussion]

A group chat with three people from around Australia and USA, this podcast delves into people’spersonal experience with piano technique and in particular, how the Taubman approach can be so important in developing an effortless, comfortable approach to piano technique. My guests today are: Annie Buettner-Moore – Piano/Sax performer and teacher from Perth, WA Leo END_OF_DOCUMENT_TOKEN_TO_BE_REPLACED 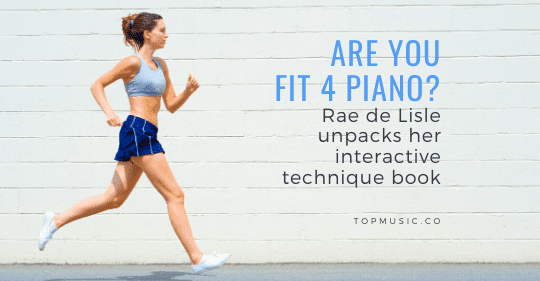 What approach do you use when teaching technique to your students? Are you familiar with the techniques you should teach? My guest today, Rae de Lisle, is the author of Fit 4 Piano eBook, Associate Professor of Piano at the University of Auckland, and one of New Zealand’s foremost piano pedagogues. Her teaching has produced END_OF_DOCUMENT_TOKEN_TO_BE_REPLACED 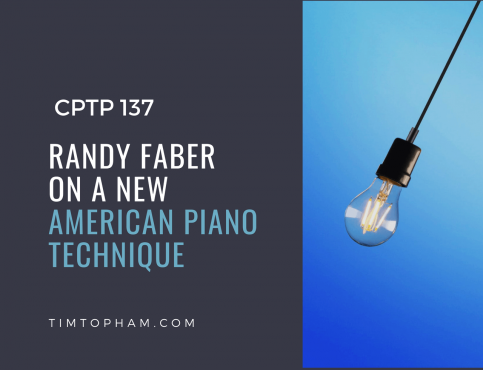 I sincerely doubt Randy Faber needs any introduction to most piano teachers. He is one of the creators of the extremely popular Piano Adventures method books, and regularly speaks on pedagogy and performs across the world. I’m delighted to have Randy on the podcast today to share his thoughts on piano technique. His experience working END_OF_DOCUMENT_TOKEN_TO_BE_REPLACED

Practising in rhythms is, without a doubt, my No 1 practice tip for students! Why? One simple reason: it reduces the amount of time that they need to spend practising repetitive sequences such as scales and scale passages, arpeggios, broken chords and any kind of fast quaver or semiquaver movement. Students will be able to END_OF_DOCUMENT_TOKEN_TO_BE_REPLACED 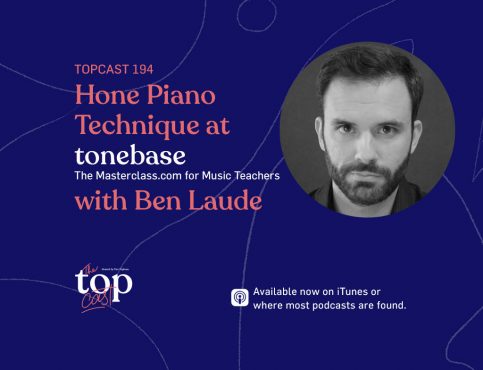 Therese Milanovic on Piano Technique: “But what will the examiner say?”

I recently found this four-part series by Brisbane-based teacher and presenter Therese Milanovic, and just had to share it with you. (It’s going to be particularly relevant to all the Aussie teachers who use the AMEB exam syllabus.) As a teacher of exam students, I’m often worried about what the examiner might think about my students’ technique, performance skills or END_OF_DOCUMENT_TOKEN_TO_BE_REPLACED

Nicola Cantan is a piano teacher, author, blogger and creator of imaginative and engaging teaching resources. Nicola's Vibrant Music Teaching Library is helping teachers all over the world to include more games and off-bench activities in their lessons, so that their students giggle their way through music theory and make faster progress. She also runs a popular blog, Colourful Keys, where she shares creative ideas and teaching strategies.