Children have always enjoyed music. Where it starts varies for each child. It may begin with a lullaby mom or dad sings before bed. It could be that you listen to the radio and they pick up on the songs you’re listening to.

TV, movies and video games also provide a fair bit of music for kids to hear. Their favorite tunes might stick with them for the rest of their life and influence their music choices.

Yet increasingly there’s a new contender: the internet.

In an increasingly online world, technology has definitely changed the way children discover the joy of music.

We’re familiar with more traditional avenues of music exposure, but the internet is one of the top contenders today. On top of that, the internet is still an evolving system that progresses from day to day.

It started out with websites that simply had music playing on them. You’d go to visit a page and it was set to play as soon as you loaded up the website. This model didn’t prove so effective and was probably more annoying than helpful.

Then we started to see file sharing. Kids were downloading music from services like Napster at an incredible rate, giving them access to music both old and new. The service proved controversial, as no royalties were being paid to any artists or companies. This lead to Napster’s eventual closure.

It has continued to be adaptive. Music sharing has evolved to combat “authority” as music always has since the beginning of rock and roll. There are still file sharing websites and services that exist today, with torrenting being a very popular (if problematic) alternative to traditional avenues.

Those methods, however, are becoming obsolete to the latest developments in music generation.

The first service to make a legitimate attempt at making music highly available for digital acquisition completely legally was Apple’s iTunes. Here, people could purchase individual songs or albums directly and download them to their devices.

Other services followed suit. Even Amazon has started offering a music purchase system that allows you to get what songs you want.

Yet up until more recently, kids only went to buy these songs after they’d already been exposed to a band via more traditional means (like mom’s radio).

Now these services can afford to offer clips and demos of songs or even limited edition free tracks to get new listeners interested. As you might imagine, children are incredibly savvy. After all, they don’t usually have much money to spend.

At the same time services such as iTunes were forming and growing, another alternative appeared: YouTube.

On a site that appears to be mainly about making videos, you might be surprised to know how much time is spent listening to music. Kids are especially familiar with it because there’s no cost associated with watching as many videos as you’d like (barring data, but we’ll get to that later).

What’s most interesting is that it all appears to be very legal. YouTube has thousands, if not millions of videos streaming different music tracks. Some of these pages are from official bands that post their content on YouTube for free (often with an accompanying music video).

YouTube not only acts as an avenue for listeners to directly stream music, but often serves as a gateway to later purchases on the aforementioned services. For young listeners, it’s like a radio you can tune to any station and find the song you want (as well as suggestions).

Technology’s influence on children and music becomes especially relevant when you start to look at the amount of individual musical content creation on YouTube. Kids get inspired when they hear music they like. We know this from the sheer number of teenage bands that form (and probably break up) each year.

Home recording is also popular as a result. Whether they’re using a standalone microphone or recording themselves on one of their mobile devices, they can then post their own creations online for others to judge and comment on.

While a little older now, one famous case in recent memory is the chocolate rain kid, Tay Zonday. Nine years ago, he became a musical sensation by posting a video of himself singing on YouTube. To this day, he continues to sing and make guest appearances after his video hit over 100 million views (albeit these results are not typical).

Regardless, aspiring musical students and children just breaking into the field have been inspired that they too can do something individually noteworthy. Other artists have also appeared, either because of their editing abilities or their direct musical talent.

Rebirth of the Radio

Perhaps the most recent influence on musical exposure to children is the mobile device. With the introduction of apps, numerous opportunities have arisen for kids to listen to different music.

Services such as Spotify, Pandora Apple Music allow users to listen to a variety of different tunes anywhere, anytime. The formats vary slightly, with Spotify and Apple Music allowing you to specify “on-demand” what music you want, while Pandora acts more as a traditional radio service.

Both give children greater exposure to music and without as much involvement from mom or dad. They allow kids to explore their musical tastes wherever they are, with a few limitations.

The biggest limiter on these services is data plans. Downloading and streaming music all take up data, the same as YouTube would for mobile users. Without unlimited plans, what we see are children becoming creative with their data use.

The new “hangouts” for the musically inclined include any location with free WiFi. That means home is still an ever popular choice. Yet the same can be said of cafes and other public venues that provide connections, even fast food restaurants in some cases now. As kids get older, they tend to want to get away from home as much as possible anyway.

A word to the wise: free WiFi is usually synonymous with “unsecured” WiFi. Kids and adults alike rarely know the risks associated with these “hotspots,” which can really be hunting grounds for cybercriminals.

A good way to protect you and your children is to install a VPN service on your devices. Short for Virtual Private Network, a VPN is basically an app that secures your device by rerouting your connection to a remote server and encrypting it. It keeps the bad guys out and away from your information and importantly, away from your children.

At this point, we’ve covered most of where music has evolved for kids. Perhaps the only other point left worth mentioning is video games.

Video games have always had music, but when we started to see things like “Dance Dance Revolution” and “Rockstar” become popular, we also saw and continue to see kids engaging music differently.

Make no mistake, a controller is no substitute for a guitar or a drum set. Yet these games have given kids with no musical training or confidence a chance to participate in their own unique way.

These additions certainly will not be the last, either. Technological innovations are growing in use and will likely add their mark to the history of music. Who can say what’s next?

Has technology changed the way you expose your kids to music? How have the tools available changed your approach?

Tell us in the comments below. 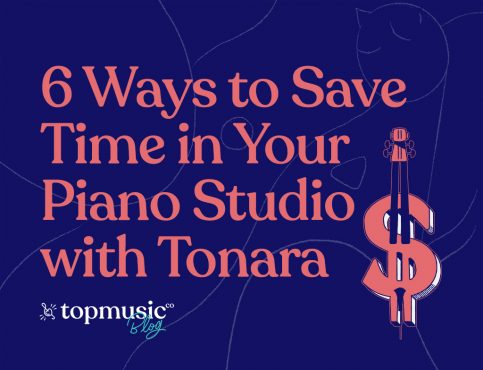 6 Ways to Save Time with Tonara in Your Piano Studio

Find more time by using Tonara in your piano studio

CPTP097 – Meet the Musician Behind my Favourite App: iReal Pro

Massimo Biolcati is the creator of my favourite app of all time, iReal Pro. This app is the best tool I’ve found for creating a band experience to practice pop and jazz music on the piano. Something that I believe very strongly should be included in more music teaching studios. When Massimo started the app END_OF_DOCUMENT_TOKEN_TO_BE_REPLACED

Online Piano Teachers and Bloggers  Do you ever feel overwhelmed with the amount of great information you could spend your life reading online about piano teaching?    While narrowing down a list of the most influential teachers to only five was always going to be difficult, it has also been a really interesting exercise.   END_OF_DOCUMENT_TOKEN_TO_BE_REPLACED 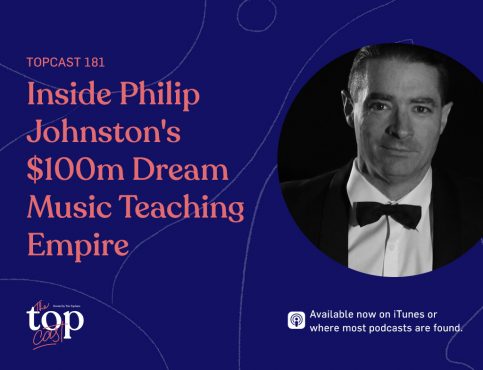 If you had $100m to spend on designing, constructing and fitting out a dream music teaching empire, what would it look like?  Philip Johnston is one of music education’s best-known writers and lateral thinkers, pianist, and composer. Aside from being a musical genius, Philip also holds black belts in three different martial arts and runs END_OF_DOCUMENT_TOKEN_TO_BE_REPLACED

Do you sometimes find it hard to source good-quality arrangements of piano sheet music (especially pop) that your students actually enjoy playing, that actually sound good and that are fun to teach?

Join the the preeminent professional development, learning and networking community for instrumental music teachers.   Plans & Pricing Spin the wheel! I’ve recently been having fun with my students using a nifty little app called DecideNow. I posted about it a while ago on my Facebook page, but thought a quick little 2-minute video might be END_OF_DOCUMENT_TOKEN_TO_BE_REPLACED

Caroline loves music as much as anyone else and is interested in how technology is changing the way we understand it. As a technology and entertainment specialist, she writes on a variety of related topics.