In this Part Two look at the first Piano Pivot Live conference highlights, we explore some best-of-event ideas from industry thought leaders that gathered in Melbourne last month.

The whole-body approach with movement with Paul Myatt, while Ruth Power presented on how to express your unique brand on Instagram.

Anita Collins showed what science tells us about bigger, denser brains with music learning, and myths that hold us back as a society, like, “Kids should only study music if they enjoy it.”

But then on the very practical side, Philip Johnston presented learning in a gamified perspective — how today’s students want to learn.

Let’s dive in. (For the Part One article, check here.)

Myatt’s goal – and a common thread at PPL:

We must create musicians, not just piano players. Students should be able to improvise, use chords, and know modes.

To this point, movement and singing are so fundamental to making music but don’t often occur in a traditional piano lesson.

By using group teaching curriculums based on educators like Orff, Dalcroze, and Kodaly, we should expect wonderful results, though!

The question is not “How can group teaching be as good as 1:1 lessons”, but rather, “How can you cover all that we accomplish in groups in a mere 1:1 private lesson?”

In groups, students love being with their musical friends. The social impact is so vital (this was also referenced in Dr. Anita Collins’ research findings on building bigger brains with music). The positive peer pressure moves everyone forward.

For example, several of Myatt’s students moved to private lessons out of groups due to sports conflicts for three months. It was noted their progress regressed during the time. The group had moved forward ahead faster than the students had privately.

Myatt also emphasized that performance is a key component of music lessons, and inspired us with this quote:

Performance is Performance. It doesn’t matter if you’re walking onto a concert stage, or walking into a board room. — Secretary of State Condoleeza Rice, to CMTA (California Music Teachers Association conference.)

Ruth Power is a music publishing editor, founder of Piano Picnic, and social media pro from New Zealand, who loves using Instagram to give brands a unique voice.

For teachers, Instagram offers a chance to connect with the parents of their students. Currently, forty percent of IG users are in their 30’s, in addition to millennials.

Instagram has always been a platform where businesses showcase what they do best, and hashtags on the channel lend easily to locating a local piano teacher.

By using Instagram, you’ll want to show what makes your studio unique and exciting. Parents like having the trust already established. If they’ve been following you on social media first, they will walk in already more comfortable at a first meeting.

Is it best to use Facebook or Instagram for your studio, though? Power is not anti-Facebook. It’s here to stay. A best practice is simply to use one or two platforms consistently and well.

Action item: Use a 1-month content schedule in a simple format. Take the complexity away so you will actually use it!

Key takeaway: Differentiate yourself as a teacher and be proud of what you’re into! It can attract your tribe through unique connection points.

TopMusicPro member Tim Walters, attending from South Carolina in the U.S., commented he’s keen to utilize social media to expand his studio into group teaching, after attending this motivating seminar!

(Check out our membership program to find ways to implement these Piano Pivot Live changes into your own studio.)

Building a Better Brain Through Music with Anita Collins

Dr. Collins is an award-winning expert on the neuroscience of music and the brain. She is at the very front of a wave of educational change, working with the South Australian government and also B-corps on music education.

Fireworks in the Brain

There’s an auditory-visual-body connection constantly going when we read music, which forms a triangle. Playing music requires a high cognitive load. It’s a good workout for the brain.

Three areas of the brain are working simultaneously, with networks connecting them, like buildings with roads going between them.

Since 2014, new research is showing there are six new networks found:

So many parts of our brain are being used through one single activity! It’s one of our oldest networks and is pre-language. We had music before we had language, as a species. It’s had the longest time to develop for us a species.

How can you kickstart rewards?

Kids are very externally motivated. They’re initially reward-focused. Intrinsic motivation is what we have as adults.

The child’s brain says: I’ve been given something — I will do that again.

So stickers are the best! (It’s official, straight from Anita Collins!)

Give kids a choice and have them be more involved in learning. Not by rote only, which is “repeat, again, again.” But — “Try this again, and can you aim for this outcome this time?”

We involve them in learning.

Tim and student Violet demonstrate working together for creative outcomes.

There are some myths and misconceptions surrounding music. We’ve lost our way.

It’s a misconception to say you should only study music if you plan to become a professional musician. That’s straight-line thinking. It’s like saying we should study maths because we’re all going to become mathematicians.

The research kicks in and shows us that every child needs music for their cognitive development.

In the first world, we’ve adopted the idea that kids don’t have to persist simply because they didn’t enjoy it. We are getting students with no developed resilience and no persistence.

Research says: music has an additional purpose. It’s what kids need to become productive adults. Not in order to become musicians only. The South Australian government has seen that very clearly.

Polymath expert and popular author Philip Johnston is fascinated by what students are motivated by: attention-captivating video games.

As music teachers, we are competing with games like Minecraft directly for the attention of our students.

Modern lessons should aim to be as engaging as video games. Otherwise, we stand to lose our students who are digital natives and accustomed to learning in a gamified style.

Think about a game experience set in a forest — you’re not dropped off into the forest and told to explore and have fun. You’re set on a mission: find twenty-five tokens. Defeat ten enemies.

Contrast this to a lesson experience where the child is sent home to “practice” on their own at home. They’re unsure of what practice means. What does finished look like?

Johnston is constantly developing experiences for his students to gamify the experience of making music. His Scales Bootcamp book is an example, including challenges assigned at random and offering instant feedback.

Offer students ways to get a sense of progress right away! If we wait to have them stick around 2-3 years before feeling successful in music, we’ll lose them.

Today’s students are very aware of opportunity costs and FOMO (fear of missing out). Thirty minutes can seem like an eternity, much less several years devoted to study. We’re losing them when we use an old school model of teaching.

“If we teach the way we were taught, we’re behind the times.” — Philip Johnston

Each speaker’s aim at Piano Pivot Live was to not only give great ideas but transfer how you can use this information.

The 110 teachers here have been given such a gift to reinvent their studios and revitalize themselves.

Some won’t want to build a large studio and hire teachers, but they might want to think about getting some new students from Instagram.

You don’t have to miss out if you weren’t here, though — get a virtual ticket and hear the whole thing. 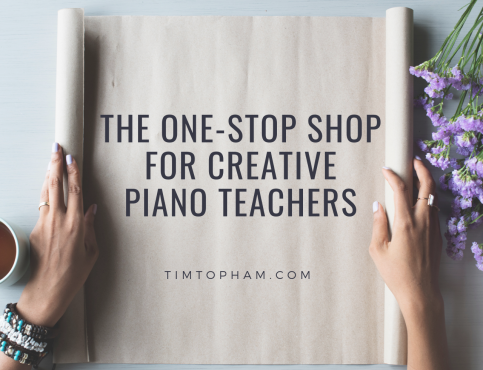 A One-Stop Shop for Creative Piano Teachers If you have been a follower of my work for any length of time, you’d be aware of my Inner Circle Community. It’s a place where we encourage teachers to get more creative in their education – there are hundreds of resources, supportive forums and piano teaching experts. END_OF_DOCUMENT_TOKEN_TO_BE_REPLACED

If you’ve been following the blog or podcast for any time at all, I’m sure you’ve heard of today’s guest. David Cutler wrote the indispensable book ‘The Savvy Music Teacher‘, that I recommend to any music teacher who’s looking to up their game. As David says, the world is changing. If you want to stand END_OF_DOCUMENT_TOKEN_TO_BE_REPLACED

CPTP149: How the 5DPP revolutionised one teacher’s studio with Lisa Kiernan

Last December Nicola Cantan and I ran something we called the 5 Day Piano Pivot or “5DPP” for short. This free challenge was designed to help piano teachers really think through and plan the future of their piano studio. Too often as self-employed piano teachers we can get stuck in the weeds of the teaching, END_OF_DOCUMENT_TOKEN_TO_BE_REPLACED 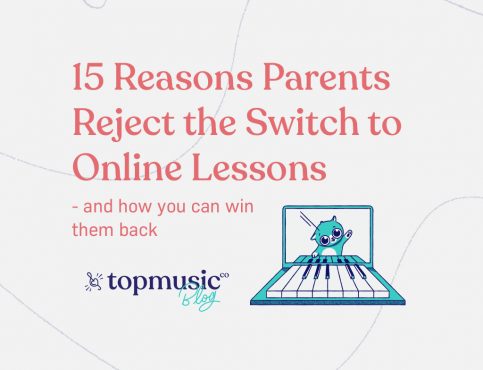 15 Reasons Parents Reject the Switch to Online Lessons, and How You Can Win Them Back

What can you do when parents reject online lessons? 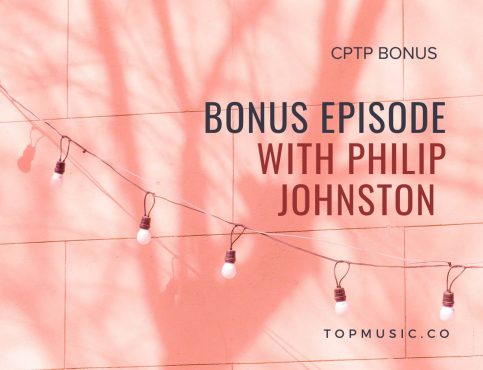 How to Build and Launch a Music Membership Website

Case Study with Nicola Cantan: Starting a Music Membership Website Is this right for you? So, you’re thinking you might want to start a membership site, maybe one like the Inner Circle. Cool! I think memberships or subscription based sites are absolutely fantastic business models with a lot of benefits. But they are truly not END_OF_DOCUMENT_TOKEN_TO_BE_REPLACED